Roll up! roll up! Jerry Fish’s majestic, magnificent and at moments macabre “Electric Sideshow” delivers all manner of musical delights and wonders.  The wild show features everything from circus performers to one of the most lively and engaging artists in Ireland right now.  A ringmaster of exceptional renown, Fish has evolved into a showman extraordinaire, not to be missed.” ~ Hot Press Magazine

Jerry Fish is a carny soul, one who has spent much of his life on the road, a shape-shifter, showman, shaman, songster, rock peacock and supper club crooner from Lynchville, a constantly evolving artist who has always favoured innovation over orthodoxy.

He’s one of Ireland’s most enigmatic and entertaining performers to the point where Ireland’s biggest music and arts festival, the Electric Picnic have afforded him his very own stage: “The Jerry⚓Fish Electric Sideshow” and Arena: “Fish⚓Town”.

An indie legend and ringmaster of exceptional renown, Jerry Fish has evolved into a showman extraordinaire, capturing the hearts and minds of audiences all over with his now legendary live shows, a unique live theatrical experience that dissolves all boundaries between performer and audience.

For those who don’t know the back story; Jerry Fish blasted onto the Music Scene in the 1990’s touring the globe as front-man of alternative rock outfit An Emotional Fish, the band who gave us the indie rock anthem “Celebrate”

These days the name Jerry Fish is synonymous with Festivals, Carnival Sideshow, Circus and Theatre.

Mr. Fish’s genre bending and idiosyncratic style of entertainment has made him a household name within the Irish Music industry. With two Platinum selling solo albums, an MTV award and IRMA Music Award, and a solid reputation as a supreme and spectacular showman.

A highly charismatic performer who refuses to countenance audiences having anything but a good time, accentuating the positive and bringing smiles to troubled faces with his swaggering vocal, generous and infectious smile and that fantastic vaudeville moustache.

So… if you are looking for entertainment of the something completely different variety. 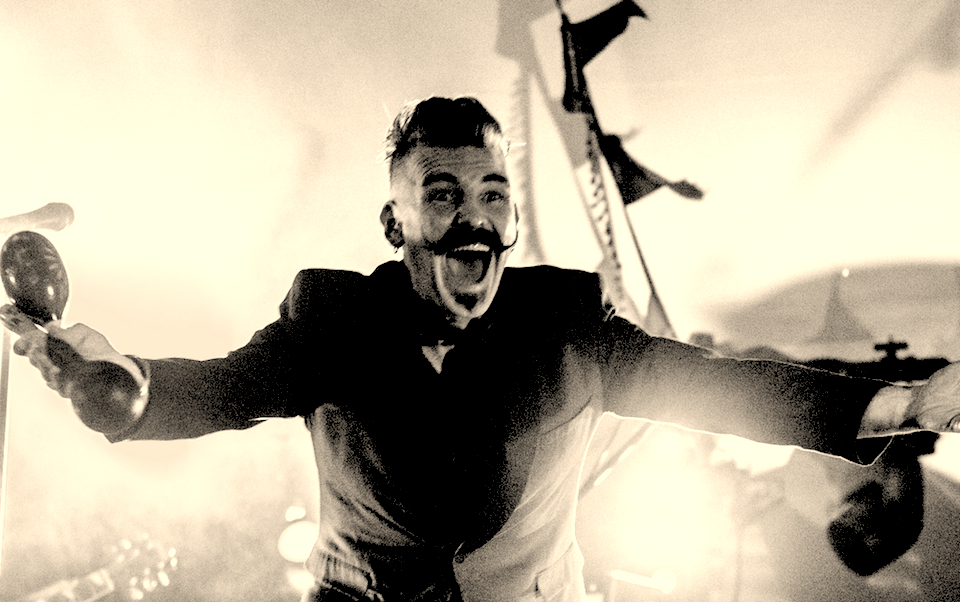 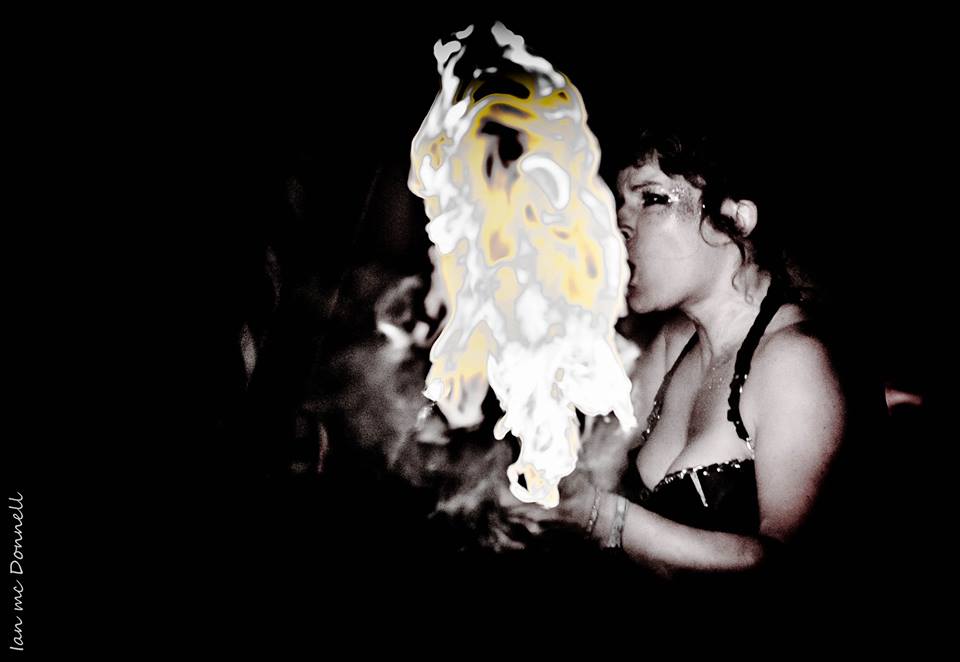 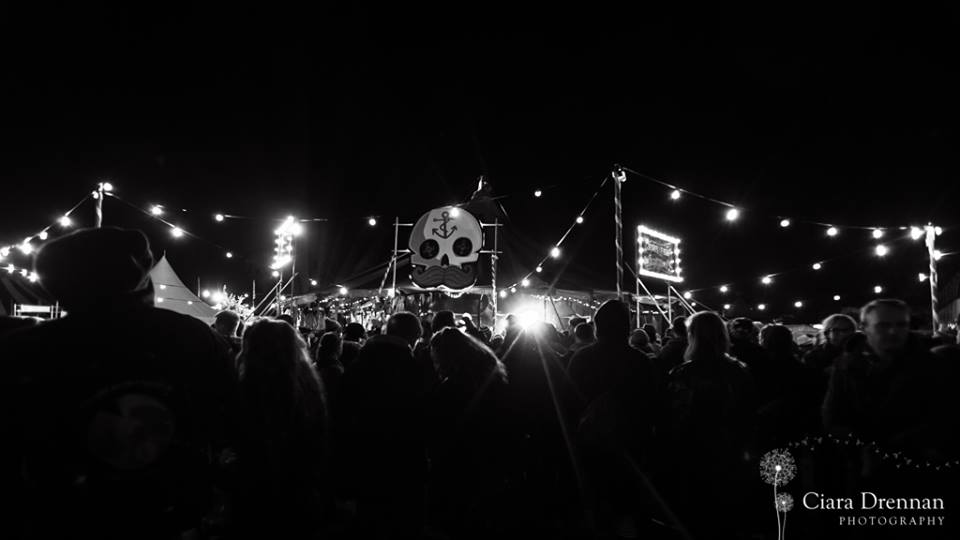 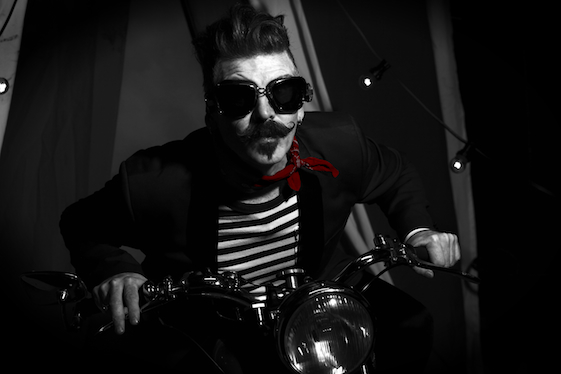 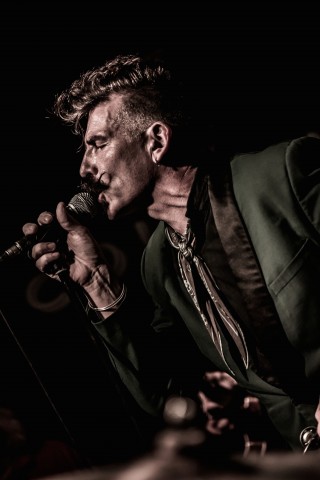 Jerry’s music has previously been described as “Lounge Lizard Schmooze” and “Punk Latino” his latest releases ‘Barefoot $ Free’ + ‘Early to Bed’ feat. Dana Colley (Morphine) have been compared to The Cramps, The Stooges and John Spencer Blues Explosion… Where to next?

OR COLOUR IN JERRY’S COLOURING BOOK 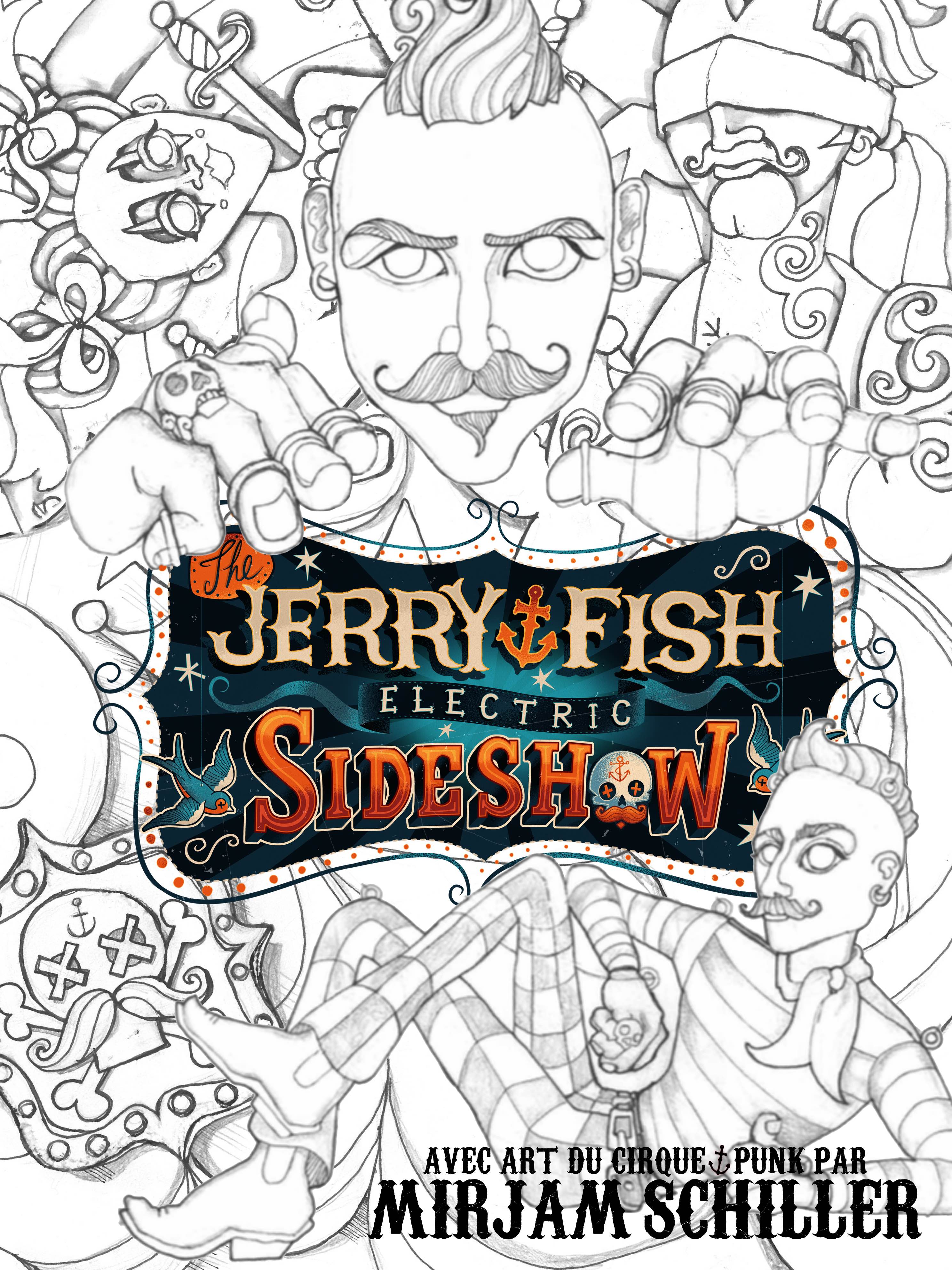